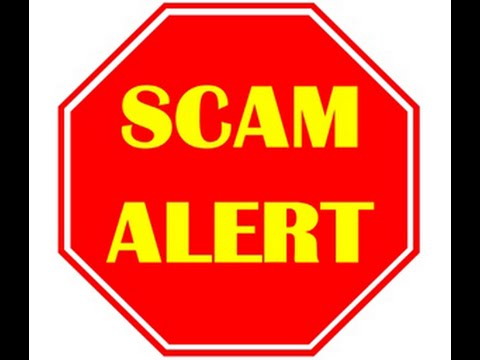 Bowl Record: 32–17 (.653)
Historic Bowl Games:
I suppose it's just easier to name the bowls that happened in national championship seasons (since all are January bowls, the season is the previous year, e.g. 1979 Rose Bowl is for the 1978 season):
These were the days when teams were given titles before the bowl season (USC's earlier title was awarded despite them not playing in a bowl). USC beat undefeated, 11-0 Tulane in a match between the teams that had been #1 & #2 in the Dickeinson ratings. Pitt also claims a co-title.
The Pitt Panthers, 8-0-2, came in and set a school record of worst defeat up to this time. Michigan also claims a co-title.
Here's the most recently "recognized" USC title. 1939 is claimed as Texas A&M's so let's talk about it. The final season AP poll (which awarded the AP title) was, with regular season records, (1) Texas A&M (10-0-0), (2) Tennessee (10-0-0), (3) USC (7-0-2). Then came the bowl season: A&M won their Sugar Bowl appearance against #5 Tulane (8-0-1), 14-13, to finish 11-0. Meanwhile, the Vols came into the Rose Bowl with a 23-game winning streak; for the entire 1939 season the Volunteers hadn't even been scored upon. Well, USC put an emphatic end to both: 14-0.
Both polls had USC #1 (10-0) and Wisconsin #2 (8-1) going into this game. Wisconsin mounted a furious 23-pt 4th quarter comeback that fell short, with USC winning what is considered one of the best bowl games, 42-37. Both QBs shared the Rose Bowl MVP award. Marv Marinovich, father of Todd Marinovich, was the captain of that USC team. USC won the Coaches and AP polls, Ole Miss claims other titles.
USC, ranked #1 in both polls and led by pre-crazy OJ Simpson, swept into the Rose Bowl and vanquished Indiana(!) 14-3 to get an undisputed national title. The Trojans only loss had been a 3-0 fiasco in Corvallis to the legendary Oregon State "Giant Killers" team.
The 1972 Trojans are commonly listed as one of the greatest teams in history, if not the greatest team. After a preseason ranking of #8, USC opened at #4 Arkansas and dismantled them 31-10. They vaulted to #1 in week 2 and never looked back--beating #15, #18, #14, #10 and finally #3 Ohio State in the Rose Bowl. None of the games were close, this bowl game ended 42-17. The Trojans were the first team in college football history to be unanimously voted #1 in the polls. The attendance of 106,869 set the Rose Bowl Stadium record (the capacity has since been reduced due to adding seatbacks), as well as the NCAA bowl game record.
USC's strong finish to the season boosted them to get a claim of the Coaches Poll (Oklahoma took the AP Poll). USC had one of the greatest comebacks in CFB history in the final game of the regular season: the #4 Irish had gone up 24-0 in the first half on the #5 Trojans; then USC answered with 55 unanswered points (the game became known as "The Comeback"). USC rose to #4 in the Coaches, #5 in the AP. Ohio State was 2/3 in those polls. USC won the Rose Bowl in a furious 4th quarter. After #9 Notre Dame beat #2 Alabama in the Sugar Bowl, it cleared the way for USC to share a title. Most interesting, the AP #1 1974 Sooners (11-0) are the last team to claim an AP national title without benefit of a postseason bowl win (they didn't go bowling).
This is one of the odder split titles: USC (AP 3, Coaches 2) beats Michigan (5, 5) to take the Coaches title. Alabama finished teh season 11-1 after beating #1 Penn State in the Sugar Bowl. Why is this an odd split title? Alabama's one loss was to USC. USC's one loss was to Arizona State (in their first season of the Pac 10).
USC, #1 in both human polls but #3 in the BCS (thanks computers!) clobbers unanimous #4 Michigan 28-14 to claim a split title in the era where they weren't supposed to happen anymore.
The NCAA redacted USC's final two games of the 2004 season, but they still happened: UCLA lost and Oklahoma got annihilated. Auburn got left out, but the AP voters weren't as impressed. That's how it happened.
 2013 Season Record: 9-4 (6-3 Pac-12) – USC got a 13th regular season game due to Hawaii rule.
Biggest Plays this Season:
Season Summary:
Where to begin?
“How about this, brah: After finishing the 2012 season with my renowned impression of the Unibomber, I strode into the season with the confidence of a lone wolf. I flaunted my recruiting haul by starting 2 quarterbacks against Hawai'i, which then blew up against Wazzu because those kids simply couldn't understand my genius. I dumbed things down, we beat BC and Utah State, then all the fucking wheels flew off against Arizona State. Fuck that place. Fuck everyone. I gotta go...”
Head Coach Number 2:

Head Coach Number 3:
I have no idea what to make of our second interim coach Clay Helton: He started the season as our quarterbacks coach under HC/OC Lane Kiffin. Once Kiffin was terminated, Orgeron promoted him to OC. Now he's interim HC. As QB coach his work ranged from great (Barkley 2011) to bad (Barkley/Wittek 2012) to average (Barkley 2010, Kessler 2013). His dad is also a coach and was the HC of Houston for several years.
Orgeron played a key role into whipping the d-line into a ferocious front, still: both he, DC Pendergast (1st season), and OC Helton all had random games where their respective units just failed to show up.
Why we are going to win:
Fresno State's a fun team to watch. They have a talented QB and they put up points against a lot of teams that happily accept points. USC has done well against most QBs, to beat us you need a strong running game.
Let's review USC's losses:
I'm looking at these teams and I just don't see similarities. Oregon State, Arizona and Utah State were offensive teams that just sputtered when faced with the Trojans pass defense. A major key is whether or not Fresno State's defense can stop the schizophrenic Trojans offense—I don't see their defense being a factor.
Why might we lose? See what I said above under 3rd HC Helton: Given the massive personnel changes, who knows what team will show up. Obviously the players have the talent, and they do have certain key coaches still there (our DC has remained constant), and certainly players will want to either impress Sarkisian and/or the NFL—and no one on the team wants to see the fiasco that we saw in the Sun Bowl last year. Of course, if our offense has a similarly miserable performance as last season's bowl game, this could turn into a painful slog where the Trojans lose by a score and are helpless to stop it. Interestingly, that's how USC's last visit to the Las Vegas Bowl went: Carroll's first year at USC saw the 6-5 Trojans lose a painful 10-6 game to Utah (then of the Mountain West) on Christmas Day that some of us remember watching in frustration.
Prediction: Fresno State 14 - USC 24
 Related Subreddits /fresnostate, /usc, /Pac12, /mountainwest, /Vegas
 Contributors: TheTurner (on behalf of ), honestly_
 For more info on the 35 Bowls Project, go here.